The object of this study was to illustrate the entwining between language and liberty in Ghanaian political discourse. Using three letters written by Dr. J. B. Danquah (two addressed to President Nkrumah and one to the Speaker of Ghana’s Parliament) and working within the framework of language and liberty (Obeng, in press), I demonstrate that even though by being candid, Ghanaian political actors in opposition risked personal danger, such actors had communicative ways for pursuing and defending their negative liberty and positive liberty and for challenging powerful political actors’ oppressive and illegitimate actions. The discursive features employed to pursue liberty include: deferential mode of address, candour, inferencing, glittering generalities, emotional valence, politeness and intertextuality. The syntactic features used included conditional sentences, pronouns, physical verbs, lexical collocation and uppercase letters. The study concludes by submitting that liberty relies on language to become actuality and that political actors’ views on liberty and the historical, legal, political and cultural contexts of the discourse ecology in which they operate all impact their discourse performance in their fight for liberty.

Samuel Gyasi Obeng is a Professor of Linguistics in the Department of Linguistics, Indiana University, Bloomington. His research interests include African languages, political discourse analysis, multilingualism, language contact, and ethnopragmatics. 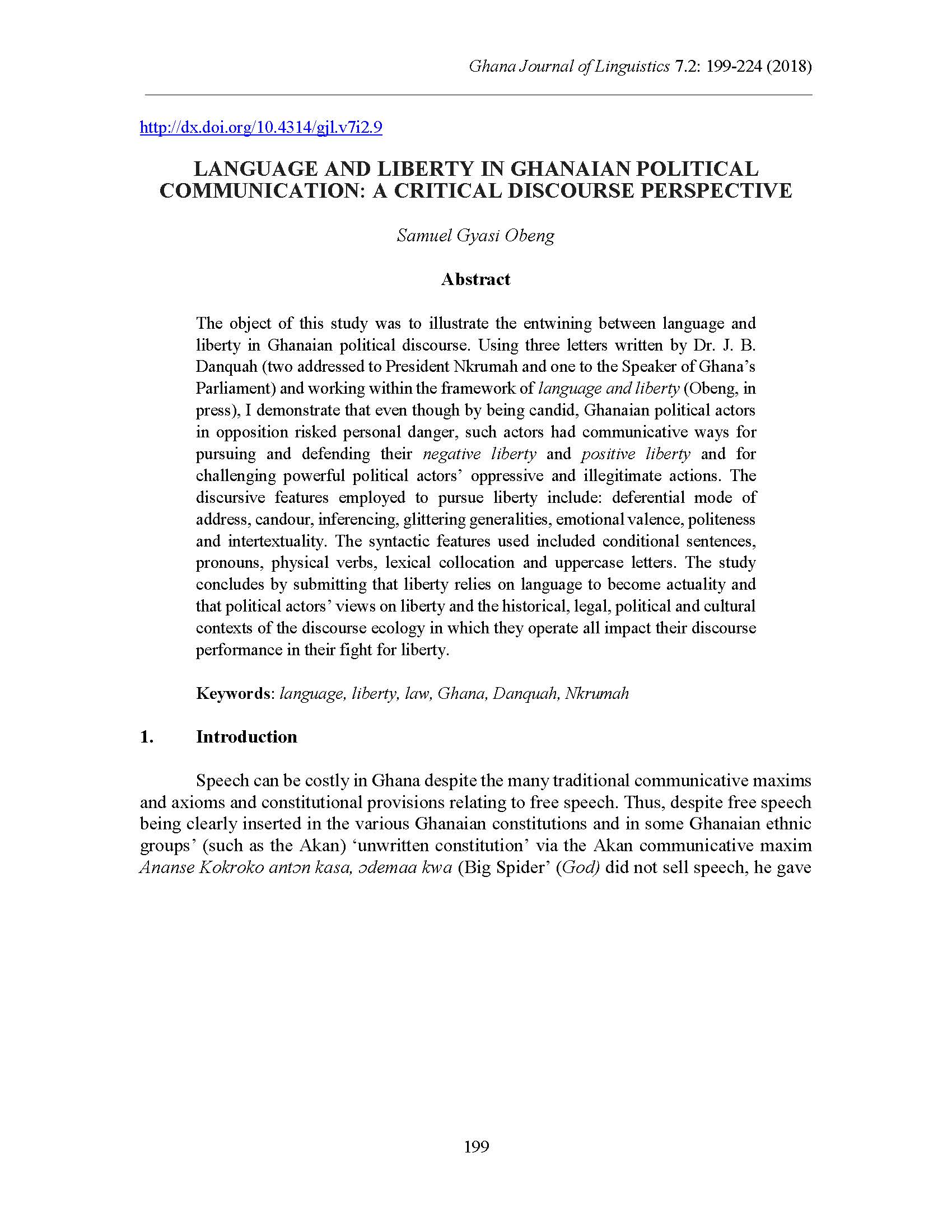 The Ghana Journal of Linguistics is published by the Linguistics Association of Ghana, P. O. Box LG 61, Legon, Accra, Ghana.

You may also start an advanced similarity search for this article.